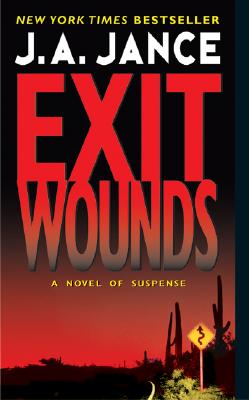 The heat is a killer in Cochise County, Arizona, with temperatures over 100 degrees. In the suffocating stillness of an airless trailer, a woman is lying dead, a bullet hole in her chest. Why someone would murder a harmless loner with a soft spot for strays is only one of the questions nagging at the local police; another is why the killer used an eighty-five-year-old bullet, fired from the same weapon that slaughtered two other women who were discovered bound, naked, and gruesomely posed on the remote edge of a rancher′s land. The slayings are as oppressive as the blistering heat for Sheriff Joanna Brady, who must shoulder the added double burden of a brutal re-election campaign and major developments on the home front. With more on her plate suddenly than many big city law officers have to contend with, she must put marital distractions and an opponent′s dirty tricks in the background and deal with the terrifying reality that now threatens everyone in her jurisdiction: a serial killer in their midst. Sheriff Brady must pursue this sadistic murderer into the shadows of the past to get to the roots of a monstrous obsession and expose the permanent wounds of a crime far worse than homicide.