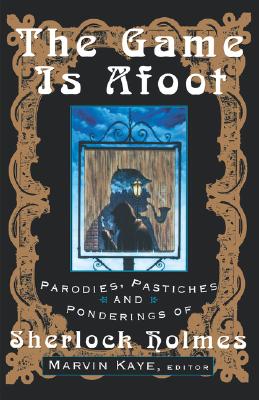 The Game Is Afoot: Parodies, Pastiches and Ponderings of Sherlock Holmes

This long awaited volume finally brings to light several cases of the world's most renowned detective originally suppressed to avoid causing scandal and embarrassment to the Crown, to public figures, or to Sherlock Holmes himself. Now, finally, the truth is revealed about Holmes' exploits involving such figures as Ida Tarbell, Consuelo Vanderbilt, P.G. Wodehouse, and James McNeil Whistler. Related by diverse hands, including Watson, Inspector Lestrade, and Holmes himself, detailing untold incidents involving the Titanic, Holmes' rematch with Irene Adler, the childhoods of both Holmes and Watson, and one unfortunate result of Holmes' facility with disguise, this cornucopia of Sherlockiana will delight fans young and not-so-young.

Title: The Game Is Afoot: Parodies, Pastiches and Ponderings of Sherlock Holmes

The Game Is Afoot: Parodies, Pastiches and Ponderings of Sherlock Holmes